The story of electric power development and construction in Japan

The start of hydroelectric power generation on Kurobe River: 1917-1935

It began with the exploration of a largely unknown area

While it was suitable for hydroelectric power generation, the Kurobe River, in a wild and harsh environment, had long blocked the movement of people. The first investigation began in 1917, as the country was searching for electrical sources that could be sued for aluminum production. It began with a walkway no more than 50 centimeters wide being hung along the side of cliffs. It was from these dangerous beginnings, through countless challenges and hardship, that Kurobe River hydroelectric power generation, which is so important for so many people and industry, was made possible. 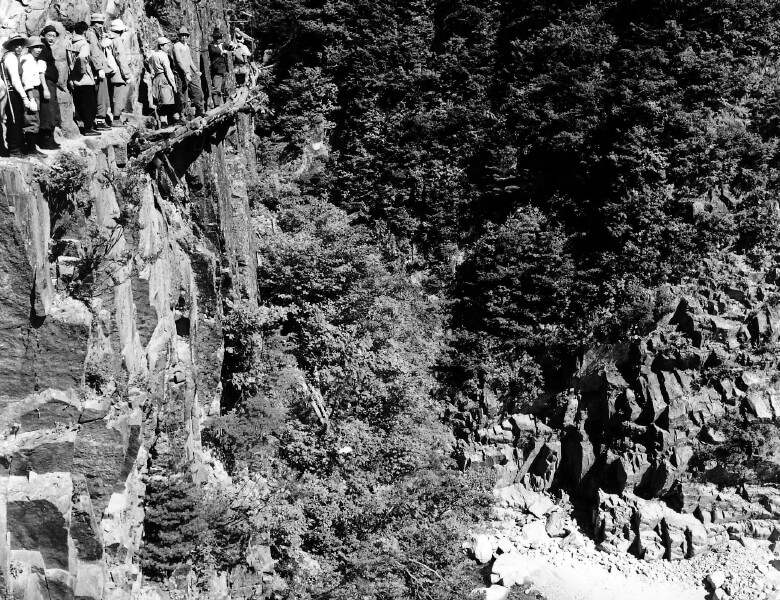 Construction of the Kurobegawa No. 3 Power Station and Sennindani Dam: 1936 to 1940

In 1936, construction began on the Kurobegawa No. 3 Power Station and the Sennindani Dam. Because the way to Sennindani is very steep, plans were made for the construction of an elevator and a tunnel. But as construction continued on the tunnel, the temperature soon rose rapidly, finally reaching a very high level of some 160°C. The construction was extremely difficult, with workers taking turns pouring cold water on each other and working in shifts throughout the day and night. Then a huge avalanche struck the workers’ dormitory, tearing away the four-story building and leaving only the first floor. In the end they overcame these and many other difficulties, and the electric output of the plant they constructed was the highest of any in Japan at the time. 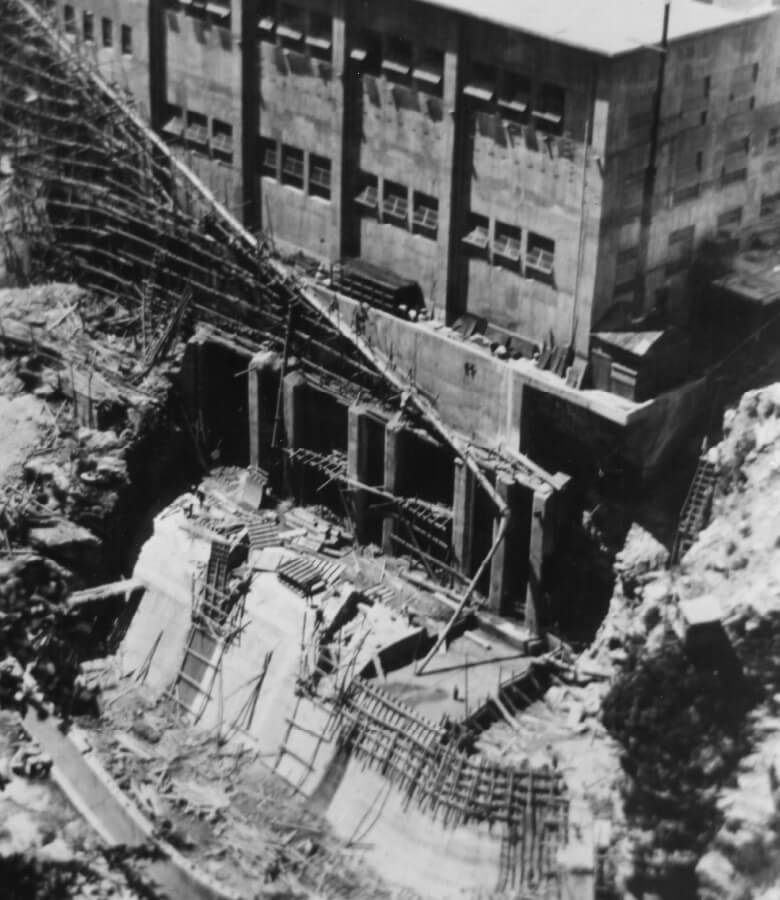 An encounter with the crush zone, and breakthrough

After World War II, the Japanese economy began a strong recovery, and in response to growing demand for electricity, construction began in 1956 on the Kurobegawa No. 4 Power Station, now known as Kuroyon. The next year, though, tunnel digging ran into a layer known as the crush zone, where huge amounts of earth, sand and water gushed out. This received attention across the nation, and it seemed that construction would be impossible. The Geological Society of Japan, bringing in the knowledge and experience of the Japan Society of Civil Engineers, created a method to work through the crush zone, which, after huge struggle, was accomplished seven months later. In June 1963, after seven years and the labor of countless people, Kuroyon was completed. 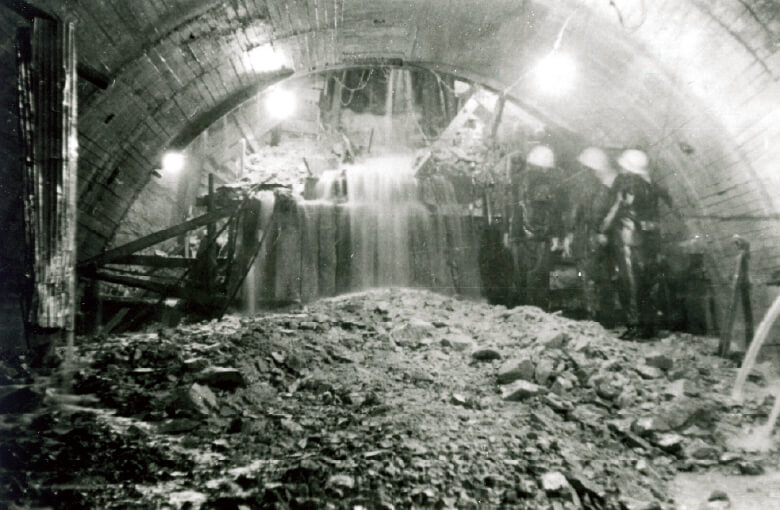 The crush zone, where cold water at 4°C gushed out at up to 660 liters per second (courtesy Kansai Electric Power Co., Inc.)